Teens Digest
Home News The current top 50 teams in the world according to the club... 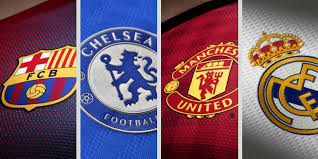 As football fans, we all have their own opinions about which club is currently the best in the world.

Many would say that it’s Liverpool after winning last season’s UEFA Champions League because Europe is the continent which boasts the most quality.

Fortunately, there is a company who rank the world’s best clubs based on statistics.

Football World Rankings explain how they rank the clubs on their website: “The calculation is set up equally to the ATP World Tennis Rankings, for example, meaning only the match result of the past 52 weeks are taken into account.”

It continues: “The match results are weighted when converted to World Ranking Points, because:

You can see more about how they calculate the rankings HERE.

But how does the current top 50 look? Let’s take a look…